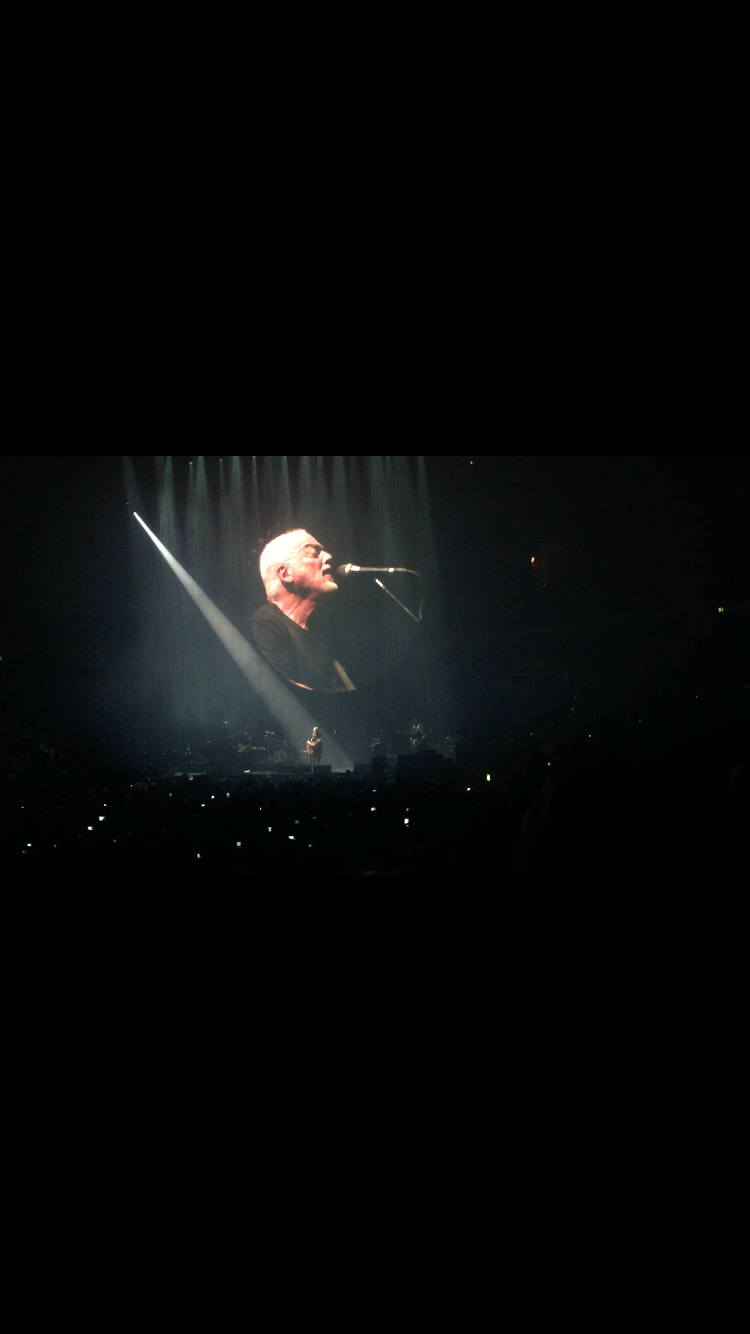 So let me tell you what happen. Earlier this year, i had a desire to catch David Gilmour live. The ones that look feasible was the one in London as i doubt he is going around Asia.

But by the time i booked my flight ticket, the show was sold out. Every week i would check for David Gilmour live at the Royal Albert Hall.

The ones that are available costs 600 pounds. So i had to cancel that idea and just told myself that London will still go on.

Even while walking there i tried checking online to see if somebody was selling as i hope that maybe someone cancelled it.

When the lady at the box office told me she had available tickets, i froze. For 100 pounds.

I am just thankful that luck was on my side today. Shukur.

The hall is amazing, the space looks smaller than on television. I would say that it is a very intimate space. I got great seats for the price and it was pretty close to where Gilmour was.

Then the rest, it was magical. A wish came true, after watching his videos and i mever thought that i would get to see him live. I am so thankful for this opportunity. What an amazing night, shukur alhamdulillah. 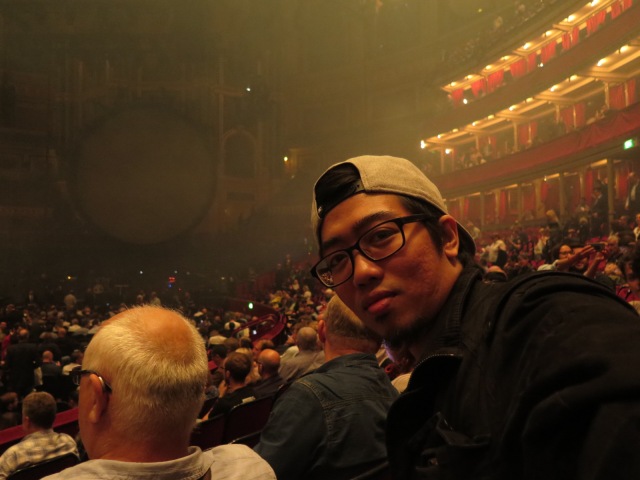 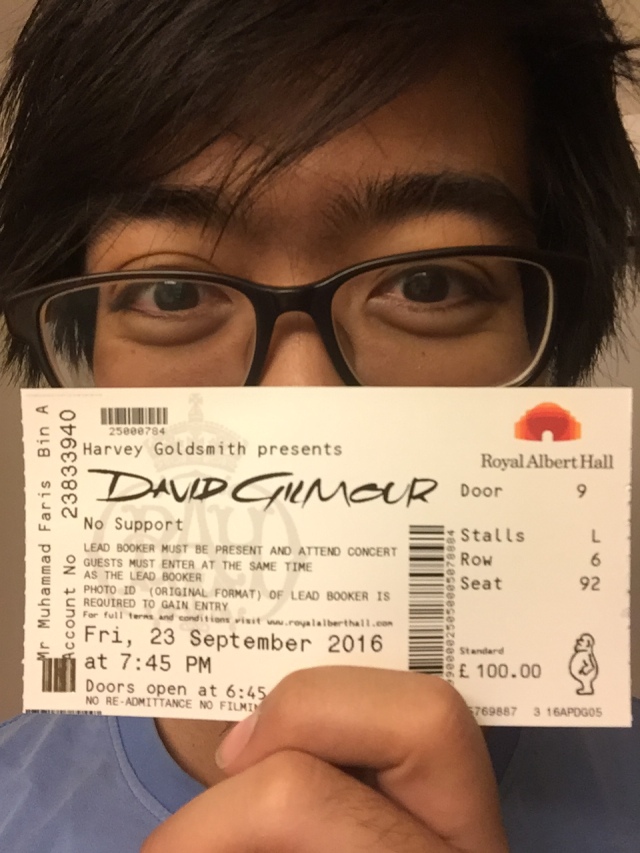 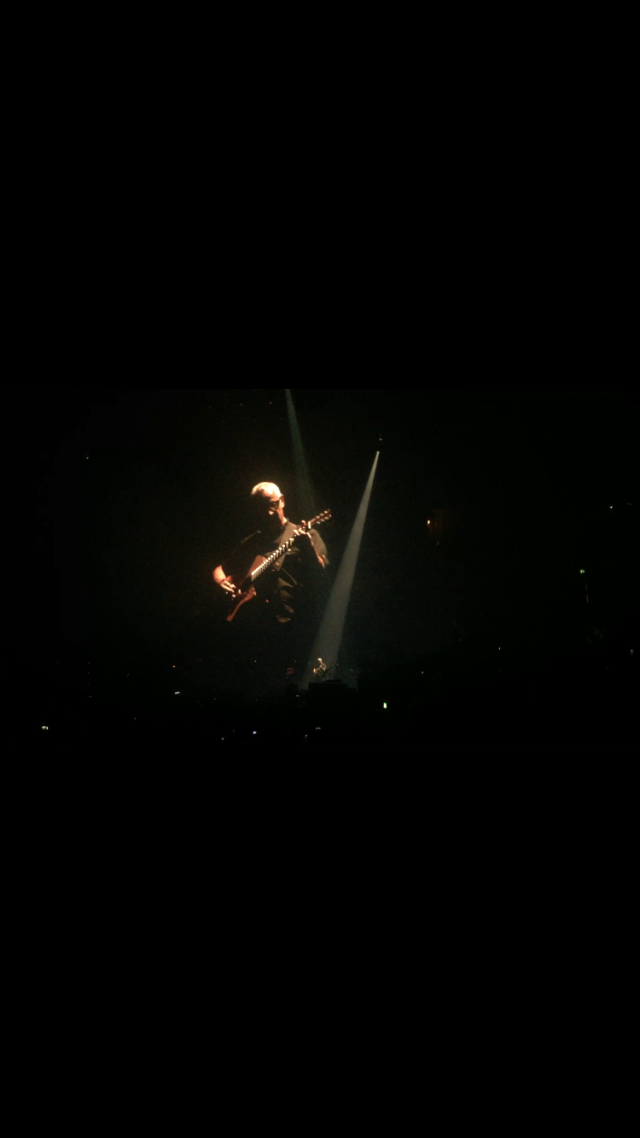 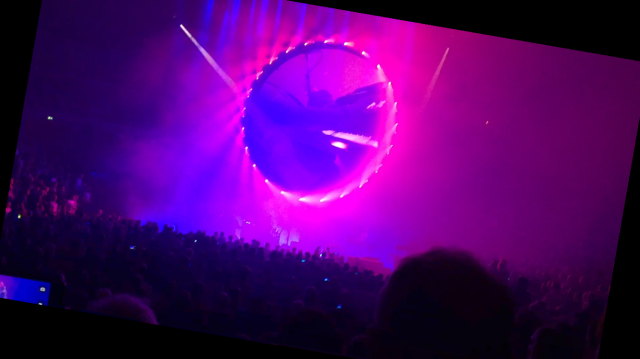 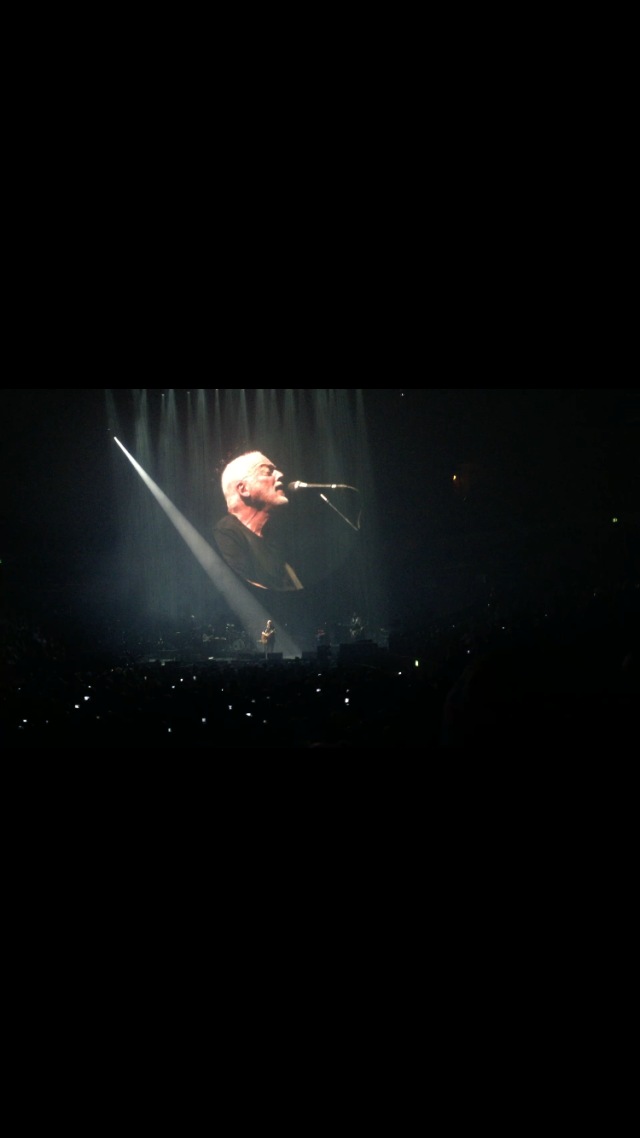